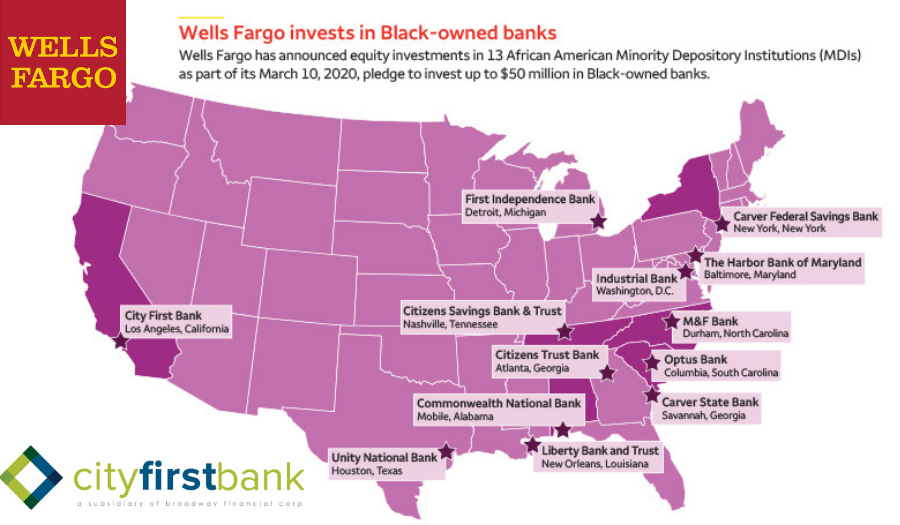 There are only 19 black-owned banks in the United States. Wells Fargo just gave a huge boost to 13 of them. Back in 2020, Wells Fargo pledged to invest up to $50 million in black-owned Minority Depository Institutions (MDIs) to help close the racial wealth gap. They made good on their promise and completed equity investments in 13 black-owned banks, including Los Angeles’ City First Bank (formerly Broadway Federal Bank).

As part of Wells Fargo’s commitment, the newly formed bank will receive more than just capital investment. Wells Fargo will also offer access to a dedicated relationship team to work with each MDI on financial, technological, and product development strategies.

The support allows participating banks to lean into Wells Fargo’s experience with entering new markets, expanding locations, and designing new products. Customers of these MDIs will also be able to use Wells Fargo’s nationwide ATM network without incurring fees.

The following MDIs received an investment: