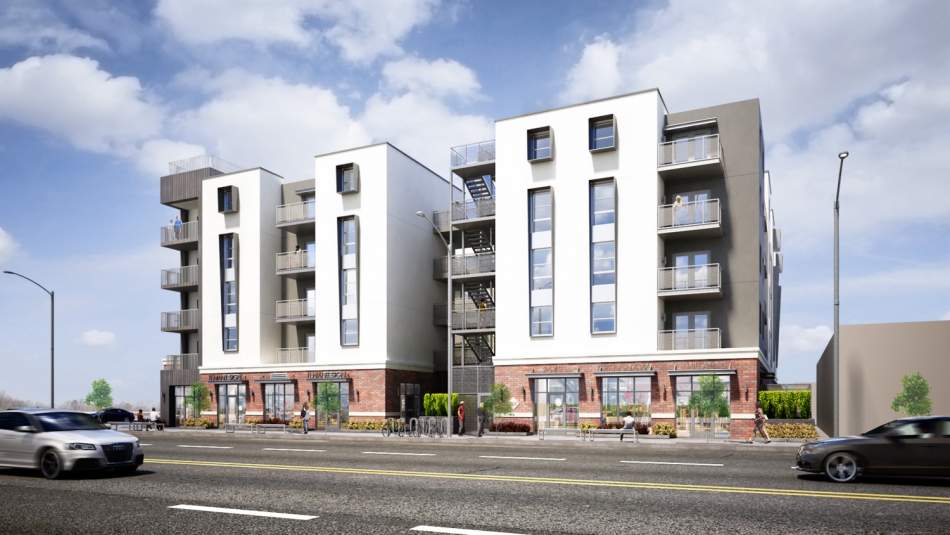 According to a recent article by Urbanize LA’s Steven Sharp, a new 50-unit affordable housing development is currently under development just south of Adams  Boulevard.  The $23-million project being built by the Retirement Housing Foundation expected to be completed later this year.

Located at the northwest corner of Crenshaw and 28th Street, the five-story building will feature 50 apartments for low-income seniors, above 3,500 square feet of ground-floor commercial space.

According to the article published in Urbanize LA, rents in the building, called the Crenshaw Villas, will range from as little as $466 for a one-bedroom unit to $933 per month for two-bedroom apartments.  The project will cater towards persons making between 30 and 50 percent of the area median income.

A similar project, also from the Retirement Housing Foundation, is now under construction south near the intersection of Crenshaw and Jefferson Boulevard.