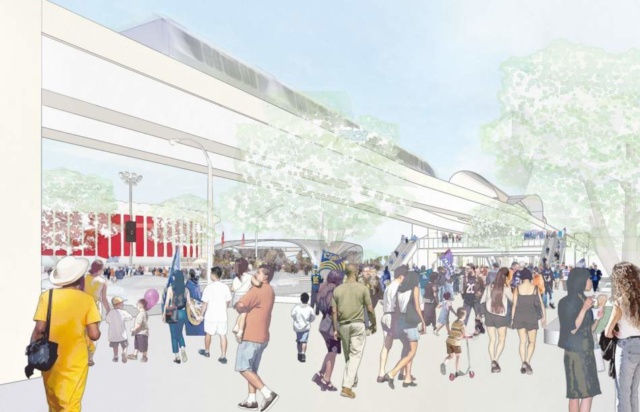 Inglewood is looking to add an elevated tram, known as a “People Mover”, to its multibillion dollar infrastructure make-over.  The tram, which would run just under 2 miles will connect the Crenshaw Line, Downtown Inglewood, the Forum, and the adjacent Hollywood Park development.

According to the city’s website, the proposed Inglewood Transit Connector Project is an elevated, automated people mover (APM) system with up to five stations and support facilities.  The city believes that the project will complement development around the city by connecting residents to jobs, education, services and destinations both locally and regionally.  They state that the use of public transportation will reduce traffic congestion, by increasing transit choices to the City’s major activity centers.

The City’s project website estimates the cost of the people mover at $614 million for construction, then up to $20 million a year for operational costs.There is no funding source yet for the project, but according to an article in the Daily Breeze, officials are considering forming “an Enhanced Infrastructure Finance District to use property tax increment money on the project”.

A final environmental impact report for the Inglewood people mover project is expected in 2019. 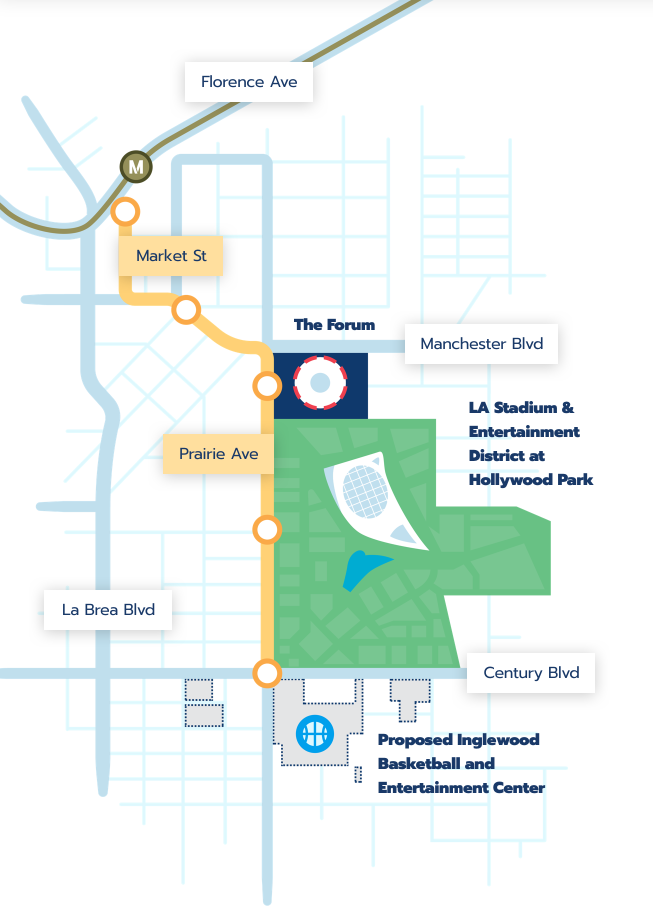