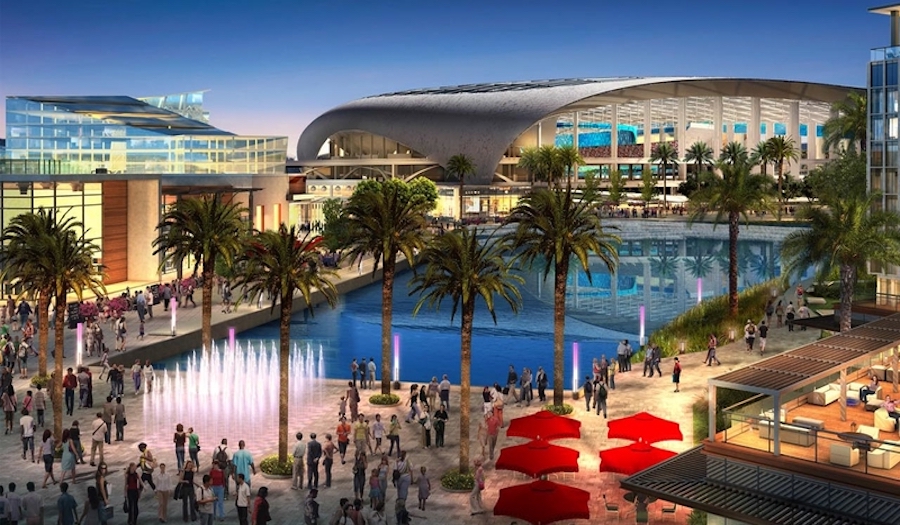 According to officials from Hollywood Park, Cinépolis Luxury Cinemas plans to open a 12-screen theater featuring waiter service and a full bar. While the Long Beach-based Olympix Fitness will be opening their second gym. This one highlighted by a rooftop swimming pool.

While the announcement signals the first retail tenants to sign leases at Hollywood Park, NFL Media previously announced plans to relocate from Culver City to a new 200,000-square-foot facility at Hollywood Park.  The site will house employees of the NFL Network, NFL.com, the NFL app and NFL RedZone.