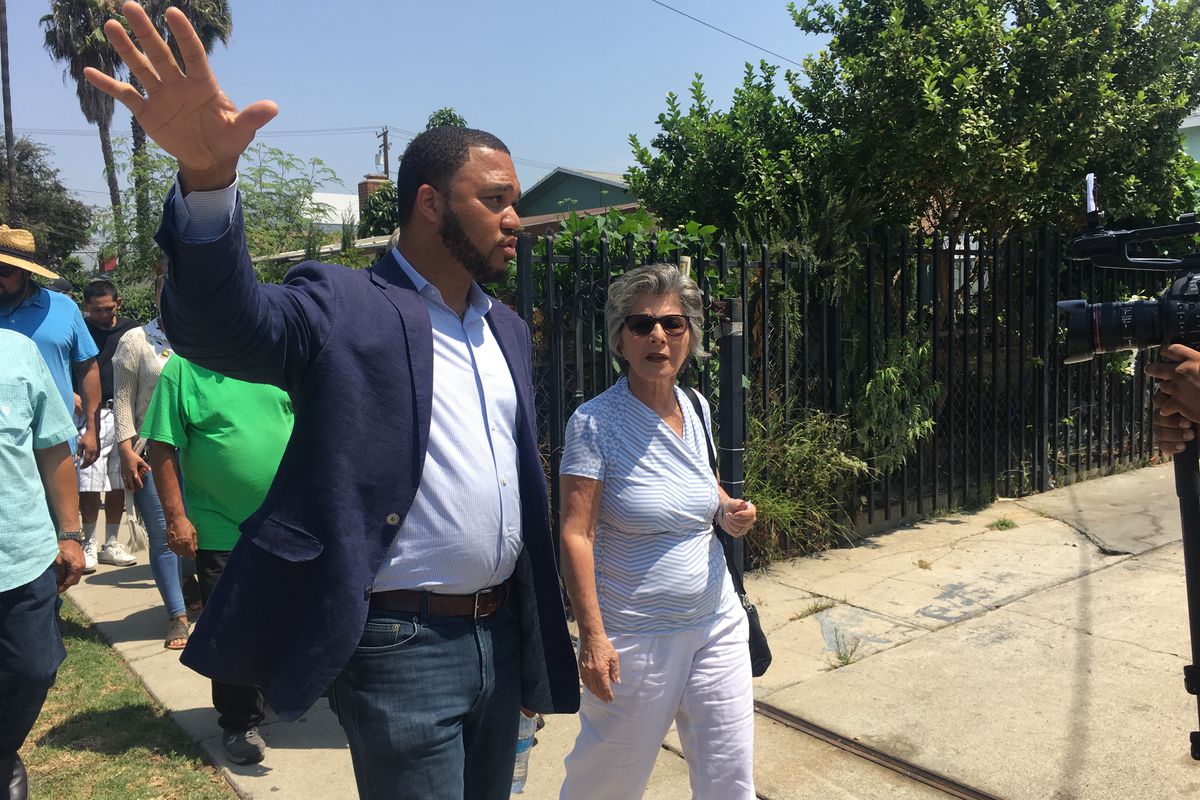 “Mr. Ballmer: Enjoy your team—but do not build your arena here.”

Former Sen. Barbara Boxer met Inglewood residents Thursday in the modest residential neighborhood that surrounds the site where the Clippers intend to erect a new arena, telling them: “I’m here to help.”

“If the arena is built, this community will change overnight,” Boxer said.

The retired senator rolled onto Doty Avenue—which offers a clear view of the massive NFL stadium rising one block to the north on Century Boulevard—in a Nissan Altima and was immediately surrounded by residents who fear the arena would further drive up housing prices.

The Inglewood City Council is negotiating with Murphy’s Bowl, a company owned by the Clippers, to develop a new basketball arena on a multi-acre site owned by the city. The 18,000-seat arena would be privately financed by Clippers owner Steve Ballmer and would be built on a site bounded by Century, Doty, 103rd Street, and Prairie Avenue. Most of the land sits empty.

It would be part of a larger complex that also includes parking lots, a practice facility, team offices, shops, and an outdoor plaza with basketball courts that would be open to the public.

An earlier agreement had called for building the complex on a larger site—and using eminent domain to seize single-family homes and apartment buildings in the neighborhood.

That’s no longer the plan, and Mayor James Butts has tried to assure residents that they won’t be displaced. He has called the arena a “job-creating and revenue-generating project” that would provide “property taxes… that fund our schools.”