Plans Submitted To Build 48 Units Near Slauson and Western 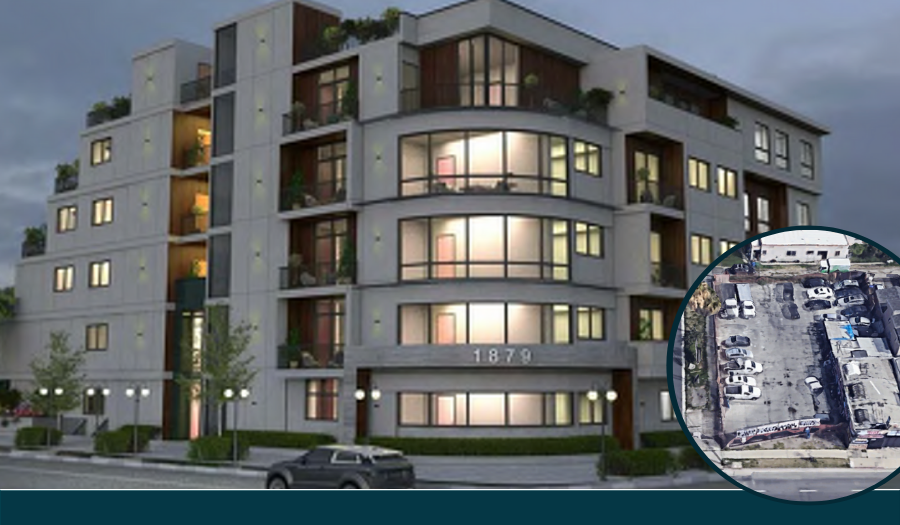 A West Los Angeles-based developer is seeking approval to develop a 48-unit apartment building at the corner of Slauson Avenue and St. Andrews Place in South LA.

According to the plan submitted to the city by Farzad Essapour of Luxurious Properties, the five-story apartment building would rise from an 8,000 square foot (SF) vacant lot and the adjacent auto repair shop at 1885 W. Slauson Ave.

The proposed 34,000-SF apartment building will feature a mix of studio, one- and two-bedroom units with five units to be provided at the ‘extremely low-income” level.

Designed by Maly Architects, the renderings show a curved design facing Slauson Avenue, with a stepped down exterior leading into a single-family neighborhood on the property’s northside. The units on the stepped side of the building would have outdoor terraces, while others would have balconies.

In order to deliver the plan as designed, the developer has requested that the project receive increased density and other zoning concessions through the city’s Transit Oriented Communities (TOC) program.