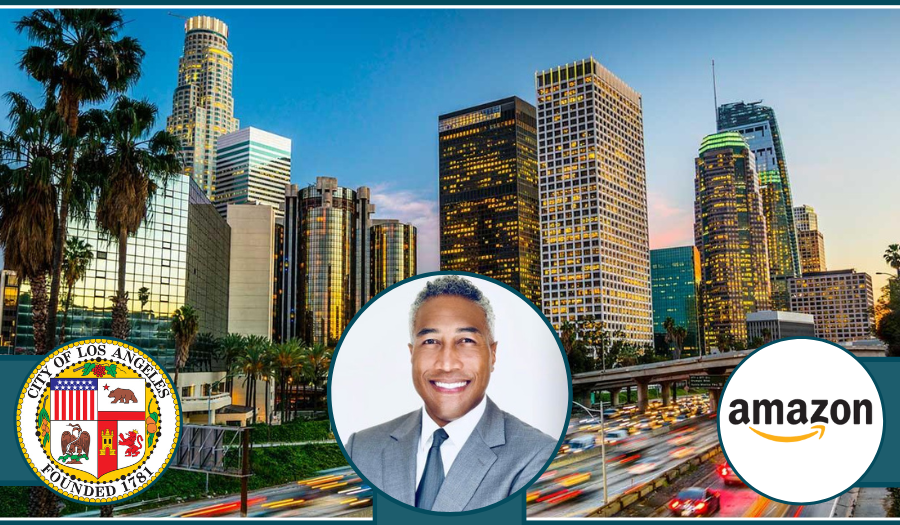 After 5 years as the Director of Economic Policy for Los Angeles Mayor Eric Garcetti, Ron Frierson recently announced that he will take over a similar role with one of the most powerful business brands the world – Amazon.

As the new Director of Economic Development Policy for Western U.S., Frierson will provide strategic leadership in support of Amazon’s efforts to expand their physical footprint and other growth initiatives. Tapping into his vast experience, Frierson will work directly with government agencies, state and local economic development organizations, workforce development and labor organizations, as well as various community stakeholders across both public and private sectors.

His departure represents a significant loss to the City of Los Angeles, where he has led the Mayor’s Business Team since 2018.

Leveraging his position to create real impact behind the scenes, Frierson has been instrumental in efforts to increase diversity across the region’s economic development industries.

“Personally, I consider him a friend, and wish him continued success in his new role at Amazon”, she added.

During his tenure with the city, Frierson also oversaw the Convention & Tourism Department, Department of Cannabis Regulation and the Economic Workforce & Development Department, where his leadership has been critical to the development of programs that stabilized the local economy following the disruption caused by the COVID-19 pandemic.