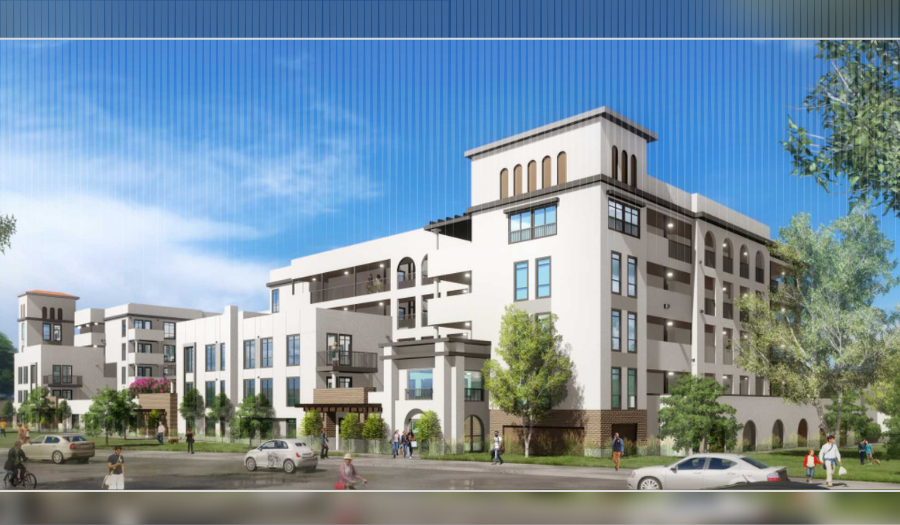 Progress continues with the $1B Jordan Downs redevelopment, as a $43M five-story building at Century Blvd and Grape Street is now fully framed.  Developed by BRIDGE Housing Corp, the building will feature 97 one to four-bedroom units, ranging in price from $545-$1384 per month.

One block away at Grape Street and 101st Street, framing for another phase being developed by BRIDGE and The Michaels Organization has wrapped up.  The $37M six-story building will have 92 units between one to four-bedrooms when it is completed in 2022.

Both buildings will house those earning between 30 and 80 percent of the median income.

Ultimately, the City of Los Angeles’ 10-year master plan calls for doubling the housing at Jordan Downs from 700 to 1,400 units. The final phase of the project will be handled by KTGY Architecture + Planning, who will oversee the redevelopment of the remaining 500 affordable rental units and 75 homes that will be for sale.