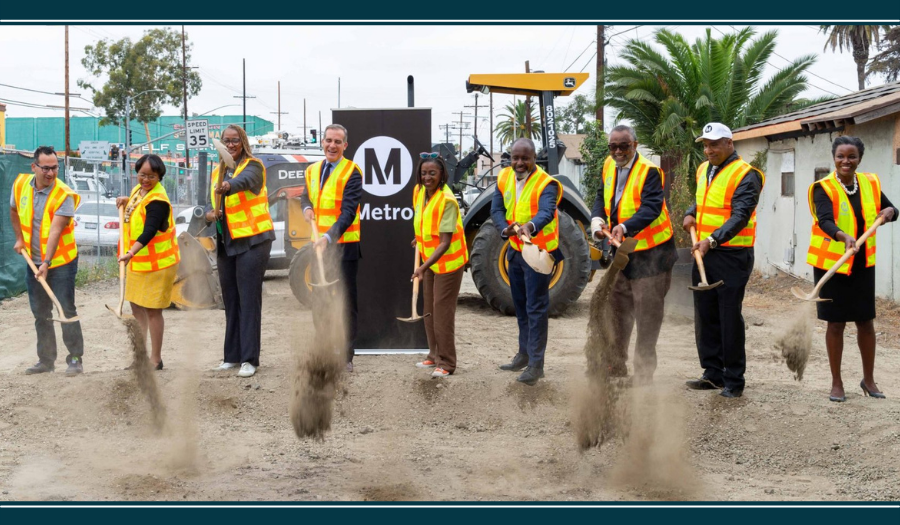 After several years in planning, Metro and City officials came together last week to break ground on the $143 million “Rail-to-Rail” project.

Initially proposed in 2012 by Mark Ridley-Thomas, the “Rail-to-Rail” is a 5.5-mile path that will transform a blighted, unused rail corridor along Slauson Avenue into for a path for pedestrians and cyclists in South Los Angeles.

“Today, decades of work are made real as we invest and transform these old rail tracks into a corridor that the Slauson community can be proud of,” said Metro Board Member and L.A. County Supervisor Holly J. Mitchell.

Expected to be completed in 2024, the redevelopment project represents a significant investment in the Inglewood and South L.A. community and will inject new life and vibrancy into historically undercapitalized neighborhoods.

While the Rail to Rail was funded through a variety of local, state and federal sources, the city of Los Angeles provided $30-million specifically to complete public right-of-way improvements. That funding will bring ADA and pedestrian accessibility improvements to 22 intersections along the route, increase pedestrian visibility and reduce vehicle/pedestrian interactions.

“Before I became a council member, this project was envisioned by some of our most committed public servants, and with input from over a dozen social justice organizations,” said L.A. City Councilmember Marqueece Harris-Dawson. “This project can be used as a model for safety and environmental equity.”

Metro is currently studying a second phase of the project called “Rail to River” that will extend the path eastward to the Los Angeles River.