Inglewood Moving Forward With $1.4B Plan To Ease Traffic and Stimulate Business 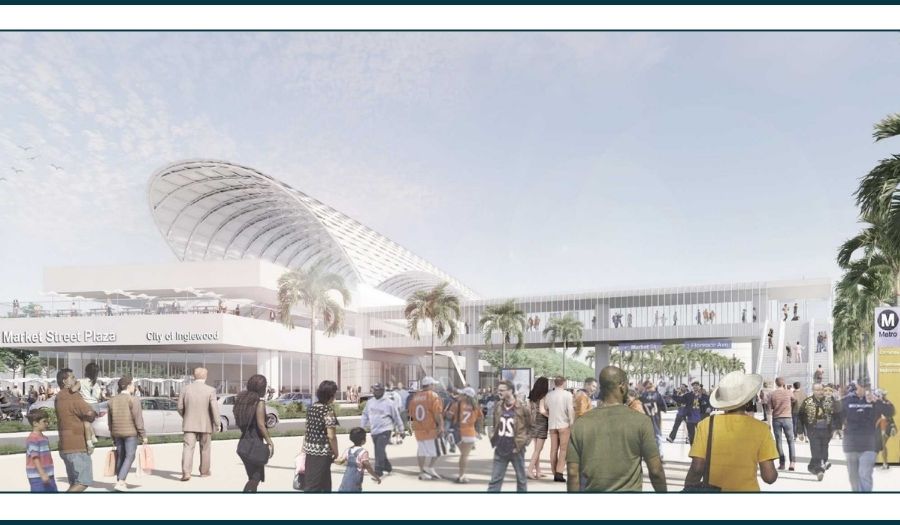 After the first full NFL season with fans at SoFi Stadium in 2021, many Inglewood residents have voiced serious concerns over the traffic.

With plans already in motion, the 1.8-mile elevated system will ultimately travel from Metro’s Crenshaw/LAX line at Florence Avenue through downtown Inglewood on Market Street before make it’s way to Prairie Avenue stops for the Forum, SoFi Stadium, and the Clippers’ arena when it is complete.

The project, called the Inglewood Transit Connector (ITC) Project, is scheduled to be complete by 2028, just in time for the Olympics.

According to project manager Lisa Trifiletti, principal of Trifiletti Consulting, will directly deal with resident’s main concerns around event traffic.

“This whole thing is to reduce congestion on event day,” Trifiletti said. “This is designed to move 10,000 to 12,000 people during peak hour.  We’ll also provide parking in the downtown area because there isn’t enough parking for 70,000 seats at the stadium. There are about 12,000 parking spaces at the stadium.”

Beyond traffic, when Trifiletti gave a presentation on the project at ULI’s recent 2022 Urban Marketplace, she spoke about not only the traffic concerns but the economic impact that the people mover will have on the city’s business corridor.

“The city’s goals and the mayor’s goals and objectives were not just to reinvigorate and get people to the sports and entertainment, housing, and employment center, but it was also to do it in a way that brought revitalization up and down the corridor, including the historic core.”

With several vacant storefronts along Market Street, the transit system should bring more foot traffic to the business district, bringing in more businesses, retailers, and restaurants.

There will be parking in the downtown area, near the people mover station, and people can take the Metro rail into Inglewood.  This project will also help Inglewood residents move around and leave the city quicker.

“It also works in reverse,” Trifiletti said.  “People who live in Inglewood and have jobs in other places can use the transit system to be able to get out into the larger L.A. area.”

This plan is well in motion, and the city is working fast to start construction and have the project up and running before the Olympics.

“We’ve been able to get the environmental clearance completed,” Trifiletti said.  “We’ve been able to get a third of the funding.  We’re in the queue with the federal government to get another $650 million that we qualify for.  We are identified by L.A. Metro as a priority project in their golden opportunity package for the Olympics.

We’re working with Project Labor so that we have 35 percent local hires.  We’re working with small businesses, disadvantaged businesses, and local schools.  We have a very good relationship with Inglewood Unified School District, the Community College District and we’re establishing an apprenticeship program.”

There will be a summit held in June with the City of Inglewood, Cal Trans, L.A. Metro, Los Angeles International Airport, the City of Los Angeles, and local business owners to further discuss this project.  For more information visit www.envisioninglewood.org.