Legacy Builder: How One Contractor Is Helping Crenshaw Families Create Wealth In Their Backyard 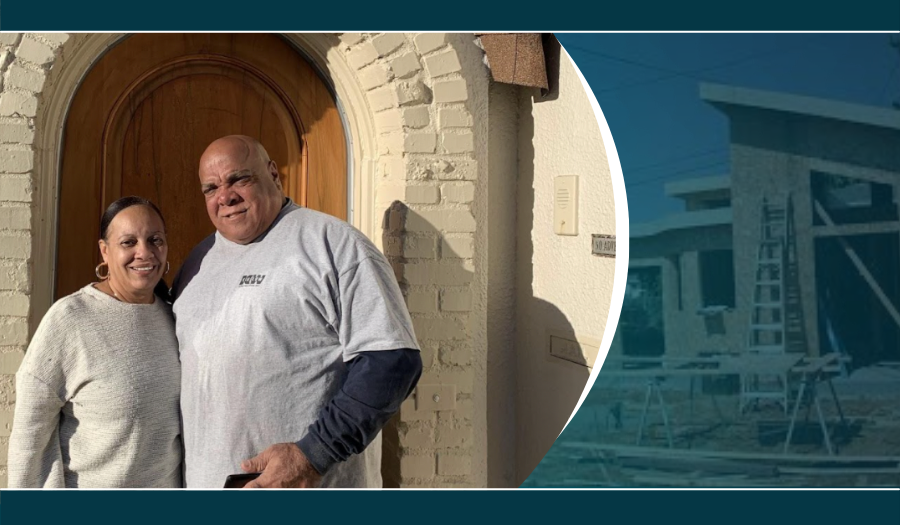 Kenneth Kinslow has seen too many long-time Crenshaw neighborhood men end up homeless due to a problem he believes he could have helped them fix — losing the family home after one or two generations.

When family homes pass to a new generation, it can seem to those inheriting that they have two choices — live in the home or sell. But there is a third way: building backyard rentals — officially known as ADUs or accessory dwelling units, which help properties generate income. That can make all the difference in an unforgivingly high real estate market.

“For a lot of Black families, the parents die and the kids aren’t able to maintain the property,” says Kinslow, founder of K. W. Kinslow Construction based in the Crenshaw-Leimert Park area. As a result, the younger generation sells the family home to split the proceeds, and a sibling can end up on the street. “But if they had an ADU in the back, the ADU would pay for the house note.”

Destination Crenshaw’s DC Thrive program, which supports local businesses and is also working to rebuff the forces of displacement, is delighted to showcase the Kinslows’ work. The departure of so many Black Angelenos from the Crenshaw District is diluting the historic neighborhood of its character and stoking concern about culture erasure. Given the brutal realities of Los Angeles’ housing market, holding onto a middle class family’s home for multiple generations amounts to a striking achievement.

To show why ADUs work, the Kinslows point to the two units they built in their own backyard. The income the units bring in not only covers their mortgage, but hopefully will provide legacy income for their eight grown children to share.

Frederick Smith hopes to do the same now that he has a 680-square-foot rental the Kinslows built in his backyard in 2020. Now with $2,000 in new rental income, he feels more confident about his economic future: “It covers the mortgage.”

Smith, a 44-year-old line worker for a telecom company, says his mother grew up in the front home where he now lives with his girlfriend and their toddler, and she left it to him when she died in 2010. Smith intends to pass the property on to his young daughter, providing her with stability in the future.

“This should be able to help her sustain herself and get a good start,” Smith says.

By contrast, Smith says, he’s watched Black families routinely miss out when they didn’t have to. “I see it everyday,” Smith says. “I see it all the time.”

One family that owned two homes across the street from each other lost both to the bank after falling on hard times, he says. A young woman who lived nearby lost her home right after her mother and grandmother passed almost simultaneously. It made him cringe to see her cut off from a financial and emotional legacy, separated from her family history. The new owners, he said, immediately built a rental in the back.

The Kinslows believe so strongly in the strategy that they built not just one, but two units behind their historic 1920s-era Tudor storybook-style home, which features steeply pitched rooflines, a fanciful brickwork arch over the front door and an elegant Batchelder fireplace in the comfortable living room.

By renting the two-bedroom upper unit to a daughter, who lives there with her husband and children, the couple are already passing along a legacy by allowing her to save. The family pays $1,200 versus the $2,500 the unit would bring on the open market. Combined with the income from the downstairs one-bedroom rented to non-family members, the rentals cover the mortgage on the five bedroom, four-bathroom house.

The Kinslows are in the process of placing their home in a trust that will prevent their children from selling it until 20 years after they have passed away — ensuring, they hope, that many of them will be able to remain in the area, and benefit from the appreciation of its value over the long haul.