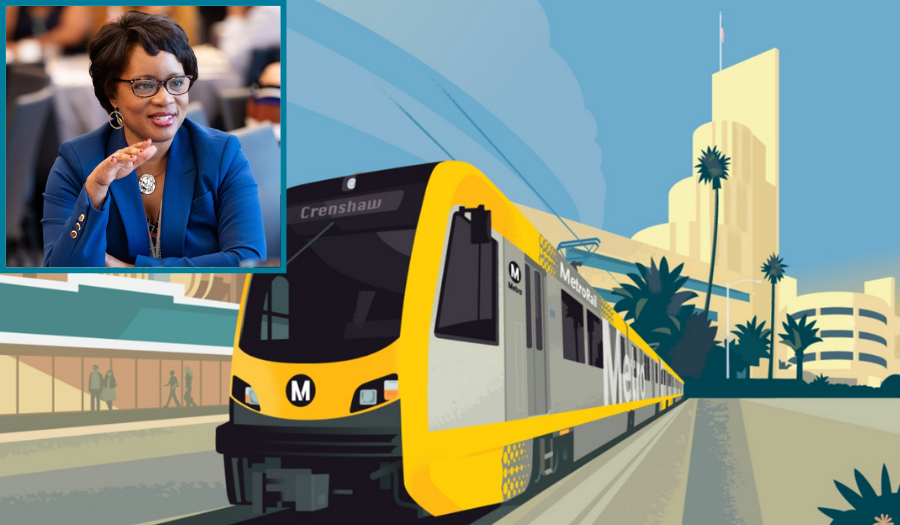 Metro Board of Directors made history when they appointed Stephanie Wiggins as the new Metro Chief Executive Officer. The former CEO of Metrolink, is not only the first Black woman to serve in this role at Metro, but the first woman.

In taking over the nation’s third busiest transit agency, Wiggins will manage Metro’s $7B annual budget, while providing oversight on nearly $20 billion in capital construction projects.

Wiggins replaces former Metro CEO Phil Washington, who chose not to seek to extend his contract after leading the agency for the past six years.

Under his leadership, the transit agency implemented a number of key innovations that have positioned the agency to meet the city’s future infrastructure needs including the creation of the Office of Innovation, Mobility on Demand, and Metro’s TAP apps for Apple and Android.

Washington was instrumental in securing $9B in grant funding during his tenure, while also playing a leading role in the passage of Measure M – the largest transportation investment ballot measure in North America. In total, the public works program is expected to create an estimated 700,000 jobs in the region.

While she certainly has large shoes to fill, Stephanie Wiggins appears to be more than prepared for the challenge ahead. The CEO of Metrolink since 2018, Wiggins brings more than 26 years of transportation experience to her high-profile position, including having previously served as Deputy CEO of Metro where she helped to advance the agency’s goals.

Wiggins holds a Masters of Business Administration from the USC Marshall School of Business.