Black Real Estate Dialogue: How One Podcast Is Helping To Change The Way We Think About Investing 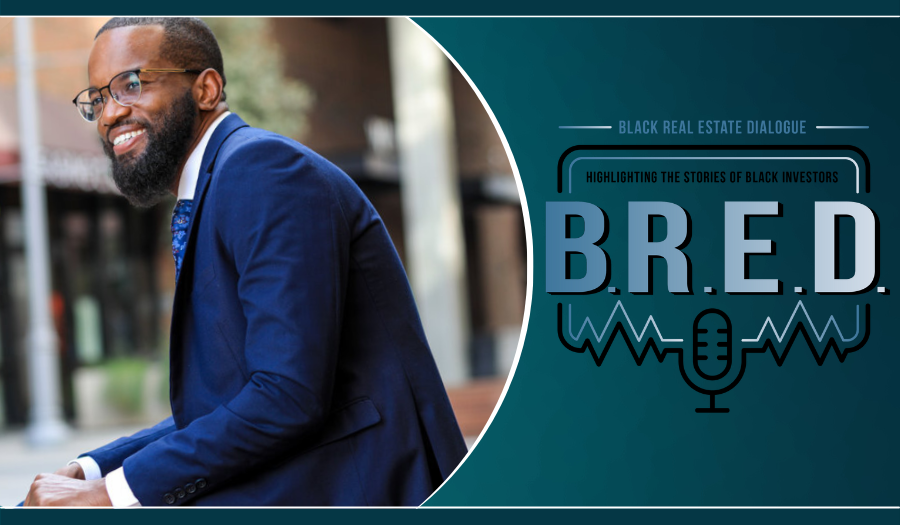 From Instagram and Tik Tok to mainstream media outlets, the financial literacy movement has become a real thing over the last several years. With people forced into stillness by the pandemic, many took advantage of that downtime to educate themselves on ways to build wealth.

As trendsetting podcasts like Earn Your Leisure began to shift culture towards an investor-centered mentality, other platforms also began to cultivate their own niche audiences within the ecosystem.

One of those growing social media-driven platforms is a real estate podcast called the Black Real Estate Dialogue (B.R.E.D.).

Launched by Sam Dolciné in 2019, the podcast encourages Black people to become more active in real estate ownership thru interviews with other Black investors from across the country.

The decision to create B.R.E.D. came after the New York native learned about the impact that government sanctioned ‘redlining’ policies had on preventing home ownership in Black communities.

“That was one of the motivations in starting the show,” Dolciné said.  “I didn’t learn about redlining in depth until I was 28 years old. I was stunned.”

“When I learned about things like that, and racial covenants which prohibited the sale of property to not only Black people but also other minorities, other (White) communities got a head start. We’re hundreds of years behind, and that’s a motivation for me to continue to do the show because we have a lot of catching up to do.”

“I think that it’s more of an information gap than an income gap as far as it relates to property,” he added. “Because there are programs where you can get in for zero percent down. Obviously there are some costs in there, but the NACA program is zero percent down. FHA is as low as 3.5 percent down. Now living in L.A., it can take some time to save for that number, but we can also calibrate with each other. There are different ways to skin the cat.”

Through his weekly podcast, Sam has helped to demystify the ‘ins and outs’ of property ownership by connecting his audience with more than a hundred guests – ranging from cash-flow investors and fix-and-flip professionals to established developers.

Recently, Sam even secured an interview with two of the most prominent Black real estate investors in the nation – Don Peebles and Victor MacFarlane. The two developers are currently partnering on the Angels Landing project in Downtown Los Angeles, a $1.6 billion project adjacent to the historic Angels Flight Railway.

“I think that’s going to be the biggest project done by a Black team,” Dolciné said. “It’s going to bring a lot of economic opportunity and jobs to Los Angeles.”

While the high-profile interview was certainly a major win for the B.R.E.D. community, the show’s ultimate success has come because the podcast consistently gives the listening audience some guidance needed to break into real estate investing.

“Something that people will hear from my guests and from myself is to just get started,” Dolciné added that “We talk about very basic concepts on the show.”

“I have guests who have been super successful, but I always make it a point to ask how they got started. Because everybody got started somewhere. Nobody got started with a billion-dollar project. Nobody started with 100 rental units. The main thing that I want people to get out of the show is that you can do it too, here are the examples of people who have done it who look like you, and here’s how they did it.”

In addition to the podcast itself, Dolciné has created an online real estate course where the information is presented in a more structured manner. He also created the B.R.E.D. real estate investing community, where subscribers can interact with experienced investors for just $25 per month.

You can catch all episodes to on major podcasting platforms as well as on the show’s YouTube channel.

Jason Lewis is the Publisher, as well as Editor-in-Chief for the Los Angeles Standard Newspaper.