For Avanath CEO Daryl Carter, A $220M Investment In Baldwin Village Is Really All About Community 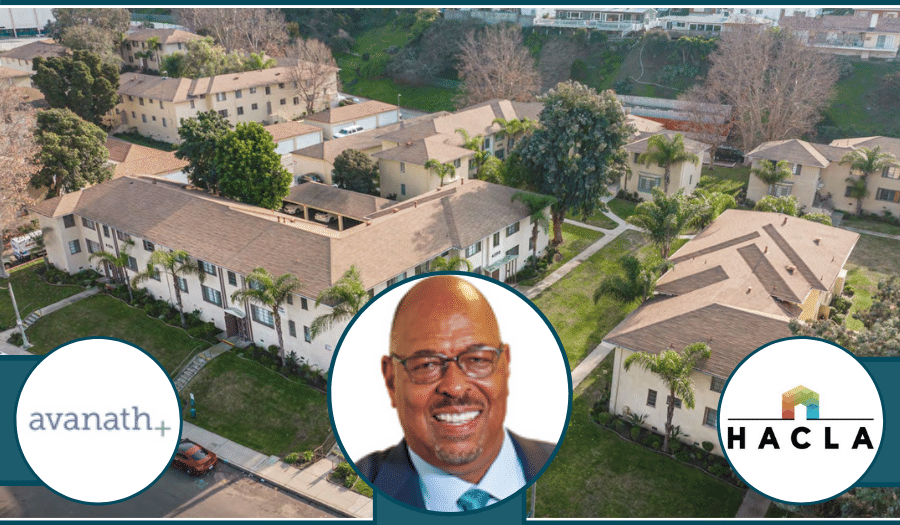 Despite receiving far less public attention than the controversial sale of the nearby Baldwin Hills Mall in 2021, the stakes surrounding the 24-acre apartment campus were equally high for a community facing the prospect of massive displacement. Given Avanath’s solid reputation as a community-focused operator, the sale should come as welcomed news to local housing advocates.

According to company CEO Daryl Carter, the most important thing about the firm’s investment in Baldwin Village is that the deal will “provide stability for the existing residents.”

In partnership with the Housing Authority of the City of Los Angeles (HACLA), Avanath will place a deed restriction on the property – preserving 468 units as affordable for the next 55 years. As a result, the Baldwin Village Apartments will provide families with access to the largest number of non-age restricted affordable housing units in the city.

In addition to providing a long-term affordable housing solution, the deed restrictions helped Avanath compete with institutional investors during the bidding process by allowing the new owners to benefit from a state property tax exemption.

“The tax abatement is a great economic benefit to us that allows us to then operate at a way that we can get a market rate of return for our investors,” said Carter, adding that compared with other investment strategies, the deed restriction is “a much better tool of keeping residents in place and creating something nicer for them rather than trying to double the rents for people who don’t live there today.”

Building Community By Investing In People

Based in Orange County, Avanath is a vertically integrated investment firm that owns and operates more than 14,000 affordable and workforce housing units across the country. In addition to tremendous technical expertise, the company has built its portfolio by prioritizing the resident experience at their properties.

According to Carter, that tenant-centered investment strategy comes directly from lessons learned growing up in Detroit during the late 1960s.

Seeing the Motor City’s decline in real-time, Carter learned first-hand about the devastating effect that a sustained lack of investment can have on a community.

Focused on the relationship between investment and outcomes, Carter developed his business philosophy long before affordable housing became a trendy or ‘en vogue’ investment model.

So, while striking a balance between delivering solid investment returns and creating legitimately positive impact on people may present a challenge for many investors, there is simply no other way to approach investing according to the 40-year real estate veteran.

“It’s something that I believe in, and I think you can do it in a way that you can keep people in place,” he added.

Planning For The Future

At Baldwin Village, Avanath plans make ‘considerable renovations’ to the apartments which includes a mix of studio, one-, two-, and three-bedroom units.

Noting that the biggest challenge is an outdated electrical system, the company will work with LA Department of Water and Power to upgrade the existing infrastructure. Once the energy grid has been modernized, Avanath will move forward with plans to provide high-speed internet, dishwashers, and other power related amenities.

In charge of executing Avanath’s vision will be TEC Construction. Founded in 1988 by CEO Timothy Coffey, TEC is one of the most experienced and reputable certified minority contractors in Southern California.

With more than 30 years of general contracting experience, TEC has provided the high-quality construction and project management services for some of the area’s premier projects, including the SoFi Stadium, Martin Luther King Hospital, and the LAX Airport.

Leveraging TEC’s extensive network of minority subcontractors will also allow Avanath to deliver on its commitment to hire local residents for new positions created by the renovation work.

In addition to the physical investments, Avanath will partner with local non-profit partners to provide residents with access to afterschool programs, financial literacy training and wellness spaces for older residents.

While there is certainly a long way to go before the vision for Baldwin Village is fully realized, Carter knows that investing in people and not just buildings, is a key first step.

“If we keep good residents in place and minimize turnover, it becomes a very, very strong community. That stability means a lot in a community like Baldwin Village as we’ve shown it to be in North Long Beach, Southside of Chicago, West Oakland and other places around the country where we’ve operated.”