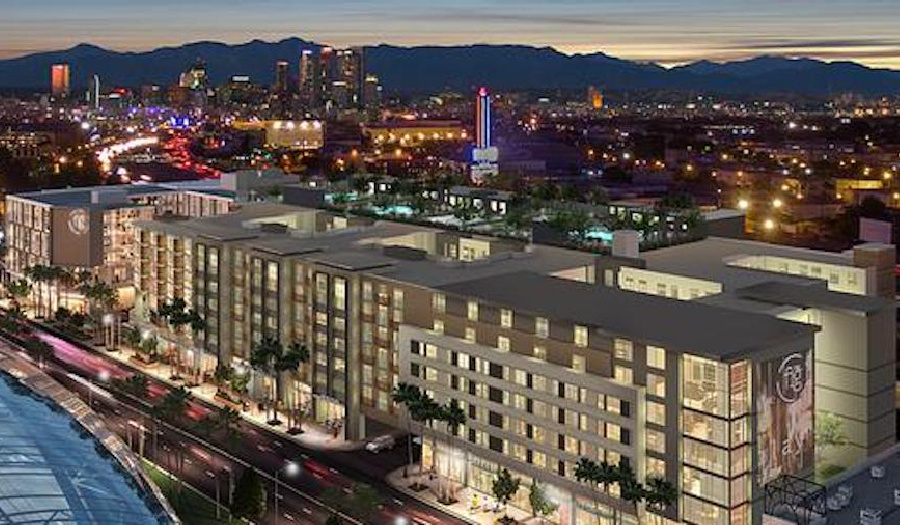 Located in the heart of South Los Angeles, the area surrounding USC’s campus is no stranger to commercial development projects. The latest development, Exposition Point, cleared a major hurdle when the city approved the $450 million project proposed by an Irvine-based developer – Ventus Group. The mixed-use development, located directly across from Banc of California Stadium at 3900 S. Figueroa St., will feature 252 hotel rooms, 95,000 square feet of retail and restaurant space, as well as student and affordable housing.

According to an article in the LA Business Journal, the Ventus Group’s president Scott Gale stated, “we are proud to bring economic activity and affordable housing to an underdeveloped area that is also close to downtown, the Convention Center, and public transportation”. In total, the 4.4 acre site will bring 78 affordable units to the area, as well as play areas for children, bike paths, and new promenades.

Since, beginning the planning process in 2014, the Ventus Group has encountered multiple delays. However, those delays allowed the developer to acquire eight new parcels including the addition of a 30,000-square-foot shopping center for $17.9 million. Currently, construction is expected to begin in late 2021, with completion in 2024.

Exposition Point, which has been used in case competitions for USC’s Ross Minority Program – a technical skills development program for women and minorities interested in real estate, hopes to support tourism and meet demand related to both the 2028 Olympics and the currently under construction Lucas Museum.